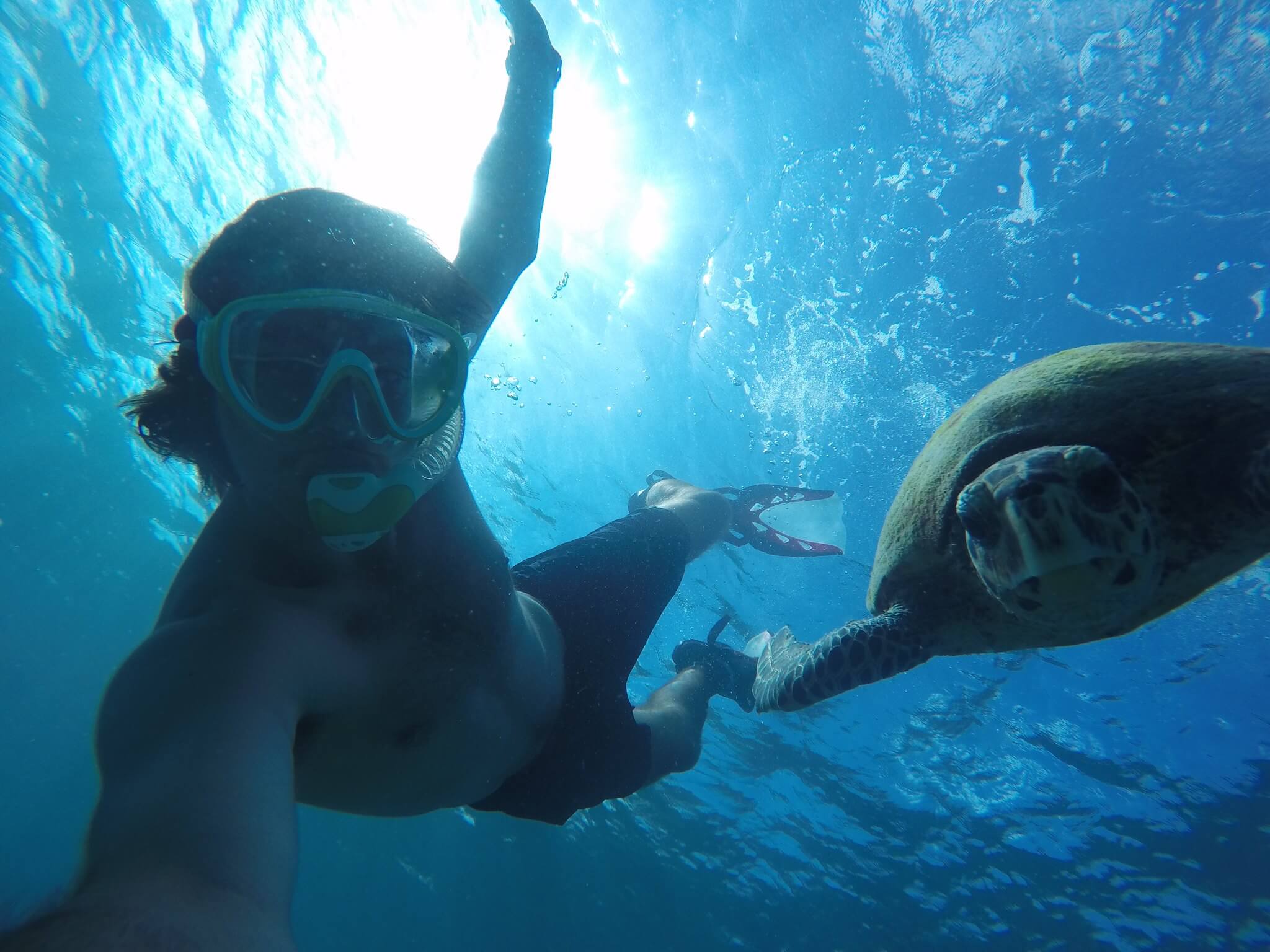 The Seychelles Curieuse project focuses on SDG 14 Life Below Water and SDG 15 Life on Land. Partnerships for the Goals SDG 17 is an important part of the work.

The importance of Curieuse Marine National Park in the survival of Lemon Sharks had not been realized prior to our research. We have conducted over 50 shark surveys per year since 2014. Our project has resulted in 700 individual sharks tagged. An accurate estimate of Lemon shark population size, annual fluctuations in population size, growth rates, size at birth, and the number of breeding females.

GVI has been monitoring the two significant areas of mangroves since 2012. In this time 5400 mangrove soil temperature and salinity measurements were made over three years, 96 sets of population data gathered on six species of mangrove over six years.

Baited Remote Underwater Video surveys were initiated in 2017 to provide baseline data on carnivorous and scavenging fish species. This led to 85 target fish species identified and confirmed as present in the habitat north of Curieuse.

250 Aldabra giant tortoises translocated to Curieuse around 1980, no consistent monitoring was conducted until GVI’s census was initiated in 2013. Since 2013, 70 surveys per year have been conducted to locate, identify, tag, and measure tortoises in the wild. 95% of the tortoise population is located and surveyed each year. A secure nursery was built to house juvenile Aldabra giant tortoises by Seychelles National Parks Authority. Any hatchlings found in the wild are relocated there to protect them from predators and poaching.

Invasive rats have devastating effects on the environment. Past eradication attempts were unsuccessful. We initiated a project in 2018 to test a new rat trap technology and trapping strategy.  There have been 158 rat trap transect monitoring sessions since 2018. 470 rats confirmed to have been removed from a three-hectare area of coastal forest, over 1000 estimated to have been removed. A significant area of forest habitat is confirmed free of rats.

This allows the native species to recover,  providing suitable habitat for the recolonization of seabird species that have been absent since the accidental introduction of rats in the 1700s. The study has also proven the usefulness of the trap technology in this environment.