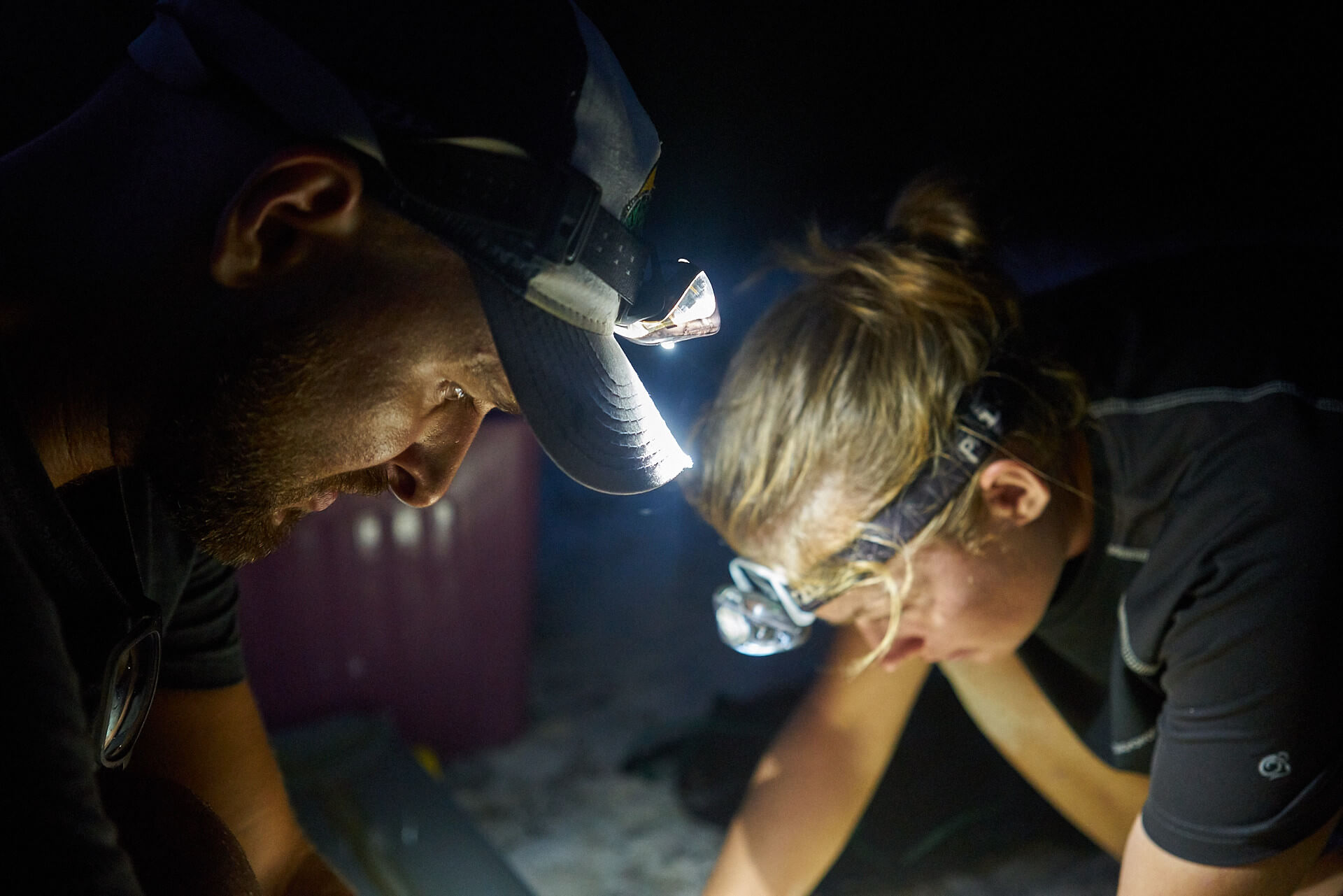 Curieuse is a small island in the Seychelles. Its endangered and near-threatened species makes research on the island vital.  Lemon sharks, hawksbill turtles, and giant tortoises are among the species we monitor.  Our project supports a range of valuable research on Curieuse Island. We work in partnership with the Seychelles National Park and Curieuse Marine National Park.

Curieuse Marine National Park is a haven for a population of Lemon Sharks. Lemon Sharks are on the near-threatened red list by the International Union of Conservation of Nature (IUCN). Our research, since 2014, has highlighted the significance of Curieuse for lemon sharks. We have done over 50 shark surveys since our project began, and have tagged 700 individual sharks.  Data includes Lemon shark population size and the annual fluctuations in population.  There are also data sets on growth rates, size at birth, and the number of breeding females. This is all valuable data for the Curieuse Marine Park.

Curieuse provides crucial turtle nesting areas for both species.  We conduct 250 turtle patrols and 24 beach profiling surveys per year.  Between 2011 and 2019 we detected 1878 Hawksbill and Green turtle nests.  This provides insight for the national parks and international turtle conservation efforts.

Mangroves are on the ICUN near-threatened red list.  We have been monitoring the two significant areas of mangroves on Curieuse.  We made 5400 mangrove soil temperature and salinity measurements over three years. We collected  96 sets of population data on six species of mangrove over six years.

This data supports Curieuse Marine National park’s work. The aim is for mangroves in the area to remain a healthy part of the Curieuse ecosystem.

Baited Remote Underwater Video (BRUV) surveys were initiated in 2017 to provide baseline data on carnivorous and scavenging fish species. This led to 85 target fish species identified and confirmed in the habitat north of Curieuse. Ongoing survey work can be built upon to continuously monitor the area.

There were 250 Aldabra giant tortoises translocated to Curieuse in the early 1980s.   We have been providing consistent monitoring since 2013.  Seventy surveys per year locate, identify, tag, and measure tortoises in the wild.  Each year, 95% of the tortoise population is located and surveyed.

Invasive rats have had devastating effects on the environment on Curieuse. They were accidentally introduced in the 1700s. Numerous eradication attempts have been unsuccessful.

We initiated a project in 2018 to test a new rat trap technology and trapping strategy.  There have been 158 rat trap transect monitoring sessions.  An estimated 1000 rats have been removed.  In a targeted three-hectare area of coastal forest, 470 rats were removed. There is now a significant area of forest confirmed to be free of rats.

The positive impact is that native vegetation can recover,  providing suitable habitat for the recolonization of seabird species.  The project has also proven the effectiveness of trap technology in this environment.

This small island supports a diverse ecosystem. Research and monitoring in partnership with Curieuse marine park provide data that can impact future support for the island.   From monitoring a nesting area for a critically endangered turtle species to technology that can eradicate invasive rats, our support has contributed to the conservation of the island.