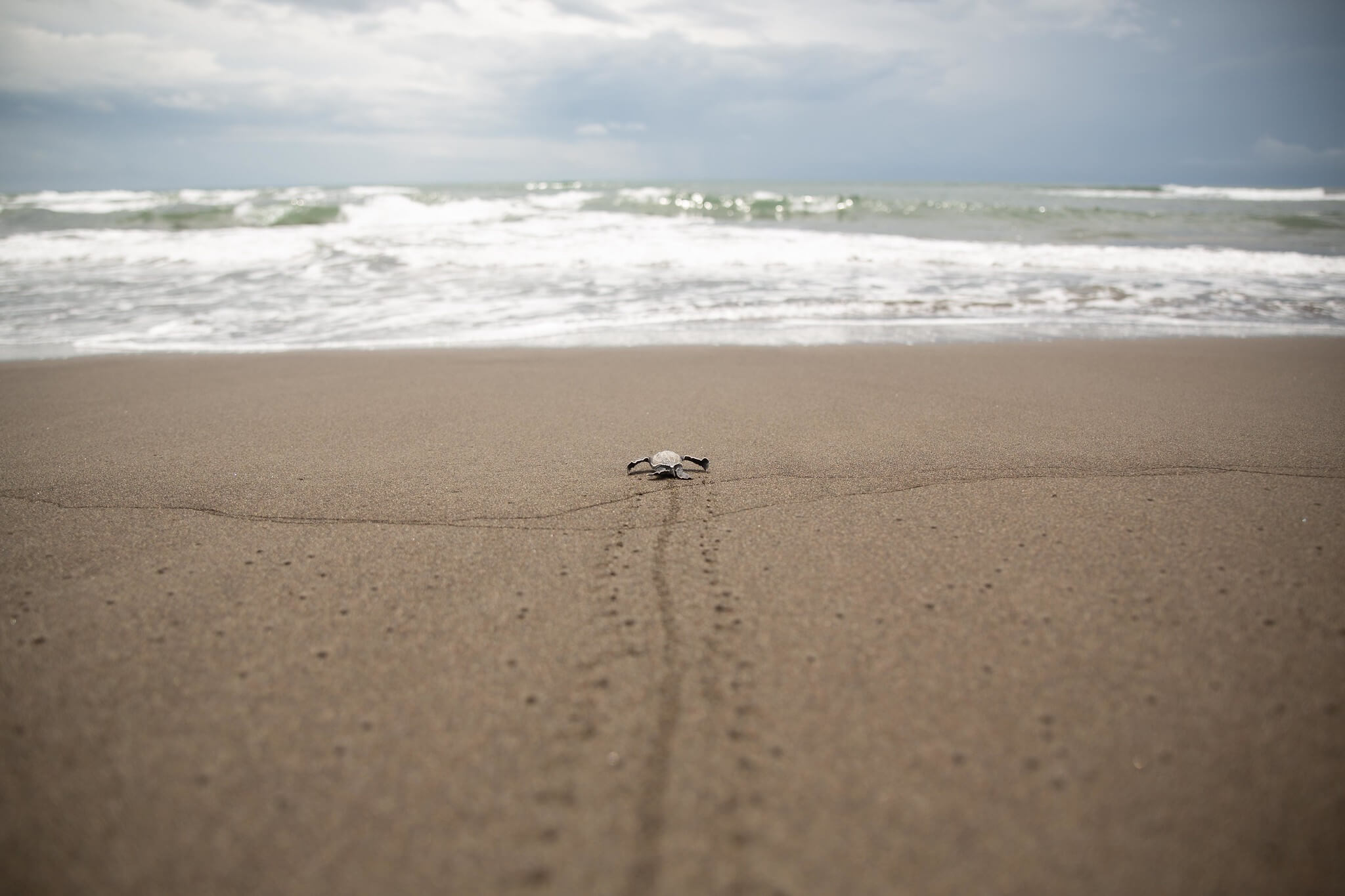 Our project in Jalova,  Costa Rica strives to contribute to the protection and scientific understanding in the Conservation Area of Tortuguero.

We work in close association with the Costa Rican Ministry of Environment and Energy. Without our support, lack of personnel, funding, and resources could be a significant issue.

The pandemic has seen challenges for the park including a great loss of income usually generated from tourism.  This has also caused disruption to the ongoing collection of datasets. Unfortunately, poaching has also increased during this time requiring dedicated community action. The full impact of this will not be known for some time.

Our support is more crucial than ever. Two of the main research focuses are Turtles and Jaguars.

Tortuguero National Park (TNP) is most well known for its population of Green turtles. However, it does have a population of Leatherback, Hawksbill, and the occasional Loggerhead turtle.

We partner with the Sea Turtle Conservancy and work together to patrol the beach at the Southern end of Tortuguero National Park for turtle season.

This contributes to an extensive dataset that has been collected on the nesting population at Jalova. We also regularly work with other researchers in combination with the Sea Turtle Conservancy, to help with data collection.

Last year was a record-breaking turtle season. We were able to mark more nests, see more total turtles, and safely guide more hatchlings back to the sea than ever before.

We saw a total of 18,111 turtle tracks on our beach, guided 5,403 hatchlings, and marked 109 nests.  These are unprecedented numbers within our small survey area. Exciting developments for the future of turtle populations.

Unfortunately, knowing that there is less presence in the park during the pandemic means, the area has also become a target for poachers. Communities are banding together to help monitor the parks.

Your support can help us continue valuable research.  This will be all the more critical in the coming year as we monitor the effects of poaching in the park.


The status of Jaguars as “near threatened” means that its population is decreasing.

To improve and expand our research, we collaborate with Panthera and Coastal Jaguar Conservation. This can provide more breadth to the data collected. This way, we are getting a better understanding of the jaguars and their behaviors. Camera traps are one way of collecting this information.

In 2019 we carried out 31 weekly 14.5 mile long surveys along the coastal habitat of the park.  The aim is to collect information on the relationship between jaguars and the marine turtles that nest in the area. We also conducted weekly checks of several camera traps installed on the trails looking for signs of jaguars and other wild cats and their prey species that inhabit the dense jungle of Tortuguero.  This led to the sighting of several rare cat species in the park including ocelots (Leopardus pardalis) and pumas (Puma concolor).

Through the videos collected from the camera traps, we are able to better understand the behaviors of the Jaguar.  This insight is rare in big cat research. Through the Coastal Jaguar Conservation’s pioneering work, Jaguars have been able to become better understood, particularly in the unique habitat of the Tortuguero National Park. This includes feeding behavior and social interactions.

How you can help

The humid jungle means that the life of our electrical equipment is significantly shortened. We often need to regularly replace crucial monitoring equipment. Camera traps are vital to our ongoing research.

Your continued support means that we can work to protect and better understand elusive creatures such as the jaguar and various turtle species. The impact is to better protect their habitat within Tortuguero National Park.